Amnesiac PI and occult investigator Edward Carnby (Slater) discovers a relic of the Abkani civilisation. Some dude in shades tries to nick it, but after a running gun battle in the heart of Somewheresburg, he deciphers the text on the artefact and discovers… something something awakening.

END_OF_DOCUMENT_TOKEN_TO_BE_REPLACED

“The UNDEAD fear no one… EXCEPT HER.”

The town of Deliverance lies under the despotic heel of Billy the Kid (Ward), outlaw, murderer and vampire. His reign of terror can only be stopped by half-vampire Rayne (Malthe) and a ragtag band of gunslingers… or if someone in the town would actually get off their arse and do something.

END_OF_DOCUMENT_TOKEN_TO_BE_REPLACED 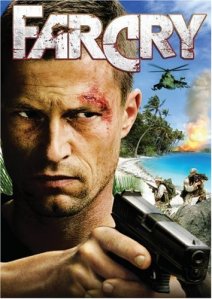 When boat pilot Jack Carver (Schweiger) accepts a job to ferry Val Cardinal (Vaugier) to meet her uncle and his old army buddy Max (Ralf Moeller) on an island, he finds himself facing off against an army of mercenaries and a cadre of genetically enhanced soldiers created by the sociopathic Dr Krieger (Kier).

END_OF_DOCUMENT_TOKEN_TO_BE_REPLACED

“Fight to the End”

Ex-Special Forces nice guy Granger (Lundgren) is rescued from ninjas by a sorceress, who dies, but not before taking him into a mediaeval fantasy world where he is prophesied to battle an evil witch.

Losing the Dungeon Siege license, Uwe Boll creates an alleged sequel to In the Name of the King which is no such beast, but actually a shaky crossworlds fantasy jaunt, with Dolph Lundgren in the role usually given to a plucky schoolboy or hopelessly romantic librarian.

Lundgren was a powerful man in his day, but years of action have taken their toll and here he is just ponderous, his body apparently so battered that he can barely move. I’m sure he was better in The Expendables, so it may be a matter of having enough time in the shoot for him to limber up. The fact that his only expression remains the ever-popular dull surprise is no help, especially given that he’s given the role of narrator.

The twist in the tale is poorly concealed, yet makes little sense. The film as a whole is also much longer than I expected, denying it even the virtue of brevity.

The Seer – a crazy woman living in a tree – is pretty creepy, and the stab-happy king, who seems to have some sort of compulsion to shiv up his own people, is awesome in a crazy kind of way.

The film reeks of complete pointlessness. The plot is hackneyed, twists and all, and for much of the duration the internal motivations of the characters seem to be ‘hey, stuff needs to happen so let’s chase Dolph until it does’.

Manly McRoyalguard tries to get Granger to let him buy time to escape, and when Granger won’t run just up and kicks him off a cliff.

Production values – The film lacks any of the redeeming qualities of the original, like good lighting and clear audio. Conversations are as often as not talking heads to keep the reshoots down and the choreography is second string at its best. 14
Dialogue and performances –  Lundgren is the heart of the film, and he misses most of his beats. It’s not easy to blame him, however, given the godawful material he is given to work with. 16
Plot and execution – The plot is dull, the characters unconvincing, and the film shambles ploddingly on without pace or vavavoom. 15
Randomness – The bad Shakespearean dialogue, the terrible and pointless narration; the lack of any real direction in the film actually makes chunks of the main plot into randomness. 13
Waste of potential – After what was Uwe Boll’s finest, this is a let down even from him. 12

When his community is destroyed by rampaging Krugs – beast-like primates who have somehow acquired weapons and organisation, Farmer the Farmer (Statham) sets out to rescue his captured wife (Forlani) and avenge his murdered son. Meanwhile, the King (Burt Reynolds, I shit you not) and his magus Merick (Rhys Davies) must content with dual power grabs by the weasely Duke Fallow (Matthew Lillard) and the malevolent magus Gallian (Ray Liotta).

Hijinks ensue, featuring as many Lord of the Rings knock-offs as they could muster and no fewer than three sets of tree ninjas.

END_OF_DOCUMENT_TOKEN_TO_BE_REPLACED 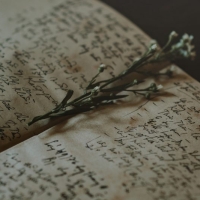